skip to main | skip to sidebar

Alphabet City is often regarded as one of the poorer areas of New York, and this is, for the most part, true. But the culture and cultural importance of Alphabet City cannot be overemphasized. From the food to the art - yes, graffiti is art - Alphabet City has a New York voice all its own. Here are a couple of things to look forward to in the upcoming weeks and months.

Alphabet City indeed! Restaurants and bars up and down Avenues A through D are scoring As and Bs. The New York Post lists 10 establishments that are worth checking out and not just for their great report card. Affaire, Percy’s Tavern and Cienfuegos are just a couple.

Good food with a pinch of exclusivity

Lower East Side residents rejoice! Dry Dock Park – the 1.5-acre space on East 10th Street and Avenue D is finally seeing some love. After more than a year of waiting, the public space is finally getting some love with new drinking fountains, a spray shower, resurfaced basketball courts and new fences, Parks Department officials said. The revitalization comes as a result of the $1.2 million allocated by City Councilwoman Rosie Mendez.

The construction is planned to start in Spring 2012, and the Parks Department hopes to return to the community with an update in the next four to six months.

Through the Rabbit Hole

In eight years New York University’s Fales Library, a special collection which houses roughly 225,000 volumes and over 8,000 linear feet of archive and manuscript material, has gone from having nothing in the realm of a culinary collection to one of the largest food studies collection in the United States with some 55,000 volumes.

That’s just one example of the ambition that drives the Mecca-esque collection of English and American literature, the Downtown Collection, the general Special Collections of the NYU library and, as mentioned, the Food and Cookery Collection.

The Fales has roughly 18,000 patrons, which for a collection of some 225,000 volumes is quite large. The collection was given to NYU in 1957 by DeCoursey Fales, who originally and in vain offered the collection to Harvard University.

Last week my journalism “Beat” class went on a fieldtrip to the Fales Library. At first you might not see the connection between journalism and a fieldtrip to a special collection, but there is one – just as there’s one with a fieldtrip to Google’s NY Headquarters (more on that later).

All this information comes courtesy of Marvin Taylor, director of the The Fales Library and the man who led us through the rabbit-hole into his world. Listening to him talk about the Downtown Collection was fascinating. The Downtown Collection documents the downtown New York art, performance, and literary scenes from 1975 to the present. I don’t pretend to know much about this time or even about the genres that Taylor spoke about – to say my knowledge of punk is limited would be an understatement.

But in that short period of time, Taylor taught me a whole hell of a lot about punk – not just the bare-bone facts, but about the social importance and cultural impact of a movement that, to be honest, I did not really respect.

Basically what I’m saying is, go to Fales, spend some times with books in the flesh – not via your computer and I promise you, you will learn something. 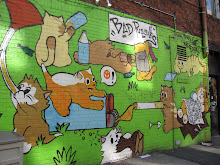 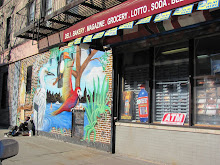 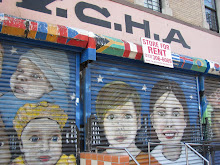 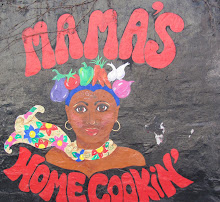 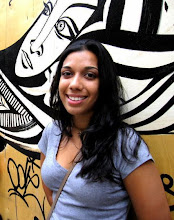 Sehar
I was born in New York, but didn't live here until I was 12. This blog is the manifestation of my relationship with New York, and, for now, with Alphabet City in particular. But before New York, I lived first in Malaysia, then Pakistan and Sri Lanka. New York is home now and it's one of maybe two places that I feel connected to, one of the only places that could be “home” for no other reason than it’s New York.